What's the best place to set a dystopian or post-apocalyptic novel?

A picture's worth a thousand words. Sometimes it's more than that. Take a look at the top 25 creepiest places on earth. They're perfect for inspiring your next post-apocalyptic, dystopian or zombie novel. Choose from ghost towns, lonely sea forts, abandoned mental asylums and a downright weird futuristic holiday resort. I can already hear the shuffling feet and squeaky doors!

I'm out of the blocks thanks to Tiffany, an American reviewer who has her own book blog called Tiffany's Bookshelf. Here's what she thought of The Spiral Arm:

To say Earth is over crowded is putting it mildly; there is no more space on the planet.  A new planet has been located where humans can live, but a battle is being waged there between humans and an alien race.  Each year new Marine cadets are sent to the new planet, Kepler, to continue the battle.  Wren Harper is about the least likely candidate, yet she finds herself being sent to Kepler, totally unprepared.

I never thought I would be a fan of dystopian fiction, but when it is as well done as this, I really do love it.  The problem with many dystopian writers is that the setting can get a little too bleak.  In this book, the dystopian society is brought about because of abundance; we solve our energy crises, and population skyrockets.  The world is running out of room.  This is a scenario I can actually imagine happening, and therefore I am immediately drawn into the story.  I can imagine what the story world would be like.  I can relate to the characters.
I love that the story focuses on someone most people would consider a loser.  Wren is an underdog, which makes me what to see her succeed.  I think she is a lot stronger than she realizes, and the readers have insight to Wren's power.  I am excited to see where this series will go, and to watch Wren develop as a character.
I liked she short novella format to the book.  It is set up in sort of an episode form.  I think it really translates well.  Young adults will be hooked by the short serial nature, as it mimics many teen dramas on television.  I am a fan of  serial novellas, and am happy to see more of them being written.  I am pretty excited to see where this series will go.
Posted by Unknown at 07:05 No comments:

This is how I imagine Wren's world looks: 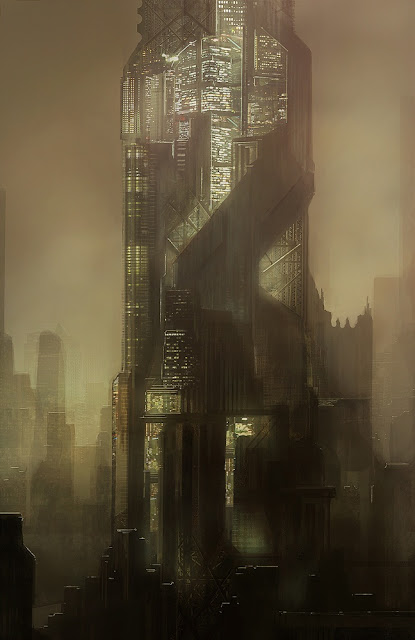 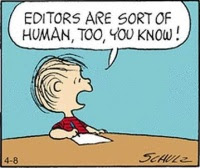 Check out awesome editor and review guru, Cynthia Shepp to give your words more snap and sizzle: http://www.cynthiashepp.com

Win a copy of The Spiral Arm

Those lovely people at iamdivergent.com are offering a free copy of my book. It's dead simple to enter, just click on the link below to find out how: 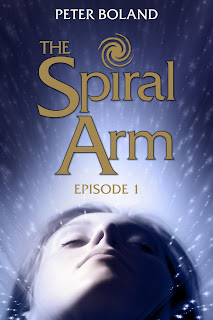 The Spiral Arm is now available to download on kindle:

And on all other formats at:
Smashwords.com